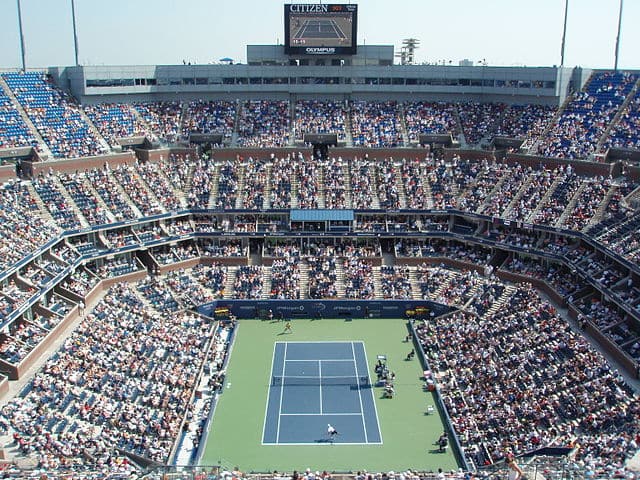 Richmond – Arthur Ashe remains as one of the most prolific tennis players to ever grace the game. Being the first black man to win singles in the US Open, Wimbledon, and the Australian Open marked a major point in the history of sports.

The Arthur Ashe monument in Richmond is under refurbishing after vandalizing.

Fatima Pashei was on a tour of the area when she came upon the scene. The group found a white man with an American flag mask spray painting the monument.

“My breath stopped and we noticed he was writing ‘White Lives Matter’,” she said.

The group proceeded to gather cleaning supplies. While gathering supplies another person came by and spray-painted “BLM” over the graffiti.

As they were cleaning off the statue, others joined in to restore it to its original state.

Paul Dispasquale, the man who designed the statue also arrived. The vandalism acts against what Ashe represents.

“The purpose of putting the monument up in the first place was because all people matter, and that was certainly Arthur Ashe’s message. So it’s appropriate that those two messages are around it,” he added.

Arthur Ashe As A Symbol

The professional tennis player was an iconic figure within the sports industry. His legacy on the court nothing to be matched. The support for equality and justice would pave the way for furthering the cause.

His victories at the US Open, Wimbledon and Australian Open make him one of the greatest tennis players in the history of the sport. Each year, New York City holds “Arthur Ashe Kids Day” which allows children to see their favorite tennis players play and learn the game. His sportsmanship and life on and off the court have helped to make an impact on the world even to this day.

The remaining graffiti is currently under removal.