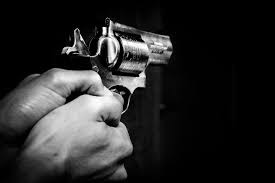 Virginia State Senate’s Judiciary Committee voted on a slew of proposed gun legislation this morning. While they voted one bill down, a collection of others proceed out of the committee to the Senate.

However, several other bills received passing votes along party lines. The committee’s 9 Democratic members voted in favor of gun legislation, while its 5 Republican members voted against. The passing bills expand regulation and limit sales.

One bill prohibits the purchase of more than 1 gun in any 30 day period. Another expands background checks to all firearm transfers. This includes private sales. Finally, they also voted to advance a bill instituting red flag laws.

Democrats took control of Virginia’s state government for the first time in over 20 years last November. As a result, the party is seizing upon the rare opportunity to advance certain priorities, gun legislation among them.

A majority in both the Assembly and Senate, as well as the governorship, provide Virginia Democrats the chance to fast track proposed laws.

However, local governments oppose the impending gun laws. Several city councils introduced policy establishing themselves as “2nd Amendment sanctuaries.” In other words, they won’t allow the use of local funds to enforce state laws they don’t support. Officials in localities such as Virginia Beach pledged to oppose state regulations once passed.

There, the issue grew particularly heated due to their own tragic incident last year. A gunman murdered 12 in a rampage through one of their municipal buildings. Common sense gun legislation became a central issue during their state senate election pitting Republican incumbent Bill DeSteph against Democratic challenger Cotter Smasal.

While Smasal lost, Democrats took control of the Senate and intend to pass and enforce gun safety laws this year.