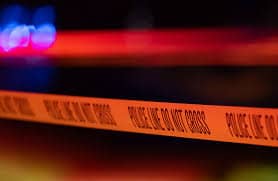 A shooting this past Saturday in Hillside Court tragically took the life of a young toddler. Police are presently investigating the incident, as well as others recently in the same area.

The toddler, 3-year-old Sharmar Hill Jr., played with his friends that afternoon on Southlawn Ave. Then, around 4 pm, shots rang out. One of the stray bullets struck Hill in the leg.

Two of his sisters leapt into action, lifting their young brother to bring him home and treat his wounds. Subsequently, an ambulance arrived to transport Hill to the hospital. He later died at the local hospital.

Kim Gray, a Richmond councilmember, spoke with 8News regarding the death of the young boy. “This is an assault on our entire community,” she told them. “It’s heartbreaking to hear that such an innocent little life has been lost to gun violence yet again in our city.”

Others in the community, such as Pastor Robert Winfree of New Life Deliverance Tabernacle, lend their support to the family. “We try to comfort them. But, that’s all we can do,” Winfree said.

Shooting Follows Other Nearby Incidents

Investigators believe the shooting may have connections to other incidents that happened in the area recently. In one instance, a Lyft rideshare driver had her car stolen at gunpoint. On January 31 on the 2600 block of Berwyn St, a pair of customers that rode with the driver then threatened her life with firearms.

She gave over her vehicle to the carjackers and fled on foot.

Additionally, random gunfire reports called police to the 1600 block of Rosecrest Ave. That area received calls twice more on Saturday morning. Furthermore, a witness told police they saw a white vehicle racing away from the area.

Since, police arrested one suspect in connection with the carjacking. 21-year-old Antonio Harris remains in police custody on charges carjacking and use of a firearm in commission of a felony. He could face additional charges.

Governor Authorizes Actions on Race Theory, Parole Board, and Masks