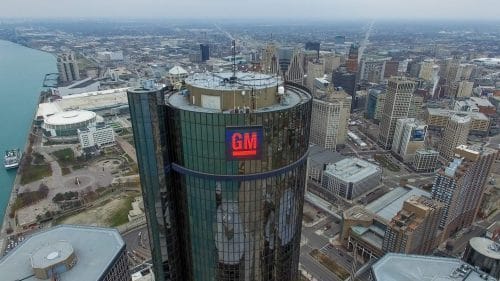 Nearly every automaker has made huge claims about the number of electric vehicles they will introduce. It would be in the coming decade, but their ambitious plans ultimately depend on America. They would be the ones actually buying EVs over gas-powered cars. Electrified vehicles—including plug-in and traditional hybrid vehicles—still made up less than 10 percent of overall car sales. That would be in the United States in 2021. Nonetheless, General Motors CEO Mary Barra announced Tuesday that GM aims to deliver 400,000 EVs. The EVs will be delivering in North America by the end of 2023.

How Will GM do this?!

To help meet this lofty goal, GM plans to release 20 EVs in the United States through 2025, with 10 additional EVs for global markets. GM announcing last week that it would convert the Orion assembly plant, which currently makes the Chevy Bolt EV and EUV, to build the Chevy Silverado EV and its yet-to-be-revealing GMC Sierra counterpart. The Factory Zero plant in Detroit is already building the GMC Hummer EV, and Barra said Tuesday that it will add a third factory dedicated to electric trucks. A planned facility will construct the Ultium battery is set to underpin many of GM’s upcoming EVs.

Still, GM has a long way to go if it wants to sell 400,000 EVs in the next two years. An aggressive product expansion is a plan. The GMC Hummer EV is already being delivering, while Silverado EV production will start in 2023. Chevy is also planning electric versions of the Equinox and Blazer crossovers, GMC will have an EV version of the Sierra, and GM is building BrightDrop vans for commercial customers. Cadillac will launch its Lyriq crossover this spring, with the flagship Celestiq arriving at some point down the line. Buick is going to gain an EV in the coming years, although no announcements have been made yet.