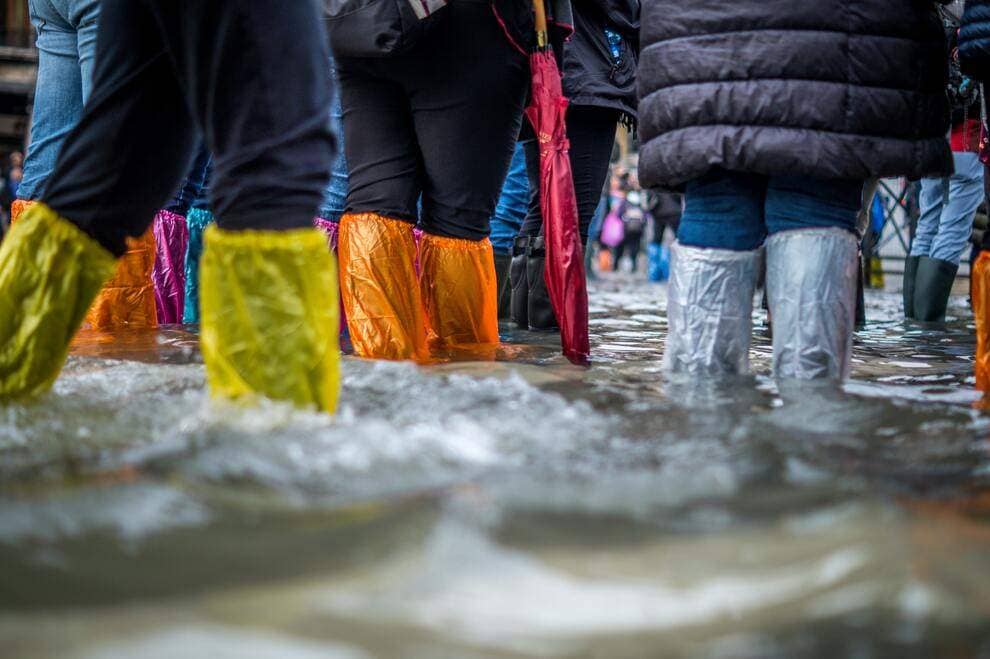 Hurricane Ian has caused huge floods up and down the Atlantic Coast.

Florida got by far the worst of the hurricane. Ian touched down near Fort Myers on Wednesday, destroying hundreds of structures and causing billions of dollars in damage. It then moved eastward, leaving Florida, only to strike the Georgia coast on Friday. From there, it continued northwards until it petered out.

We won’t know the full impact of Ian’s wrath for some time. However, it’s clear that the devastation will take its toll on the southeastern U.S. The death toll has already reached 100 people, and that number will likely rise as rescue crews work to find missing people.

Although Hurricane Ian is long gone, the eastern U.S. is still feeling its effects from the floods it brought. Major flooding took place in coastal Virginia and on the Delmarva Peninsula on Monday. The National Weather Service issued a flood warning that stretched all the way up to New Jersey. Even Philadelphia got record rainfall!

As with the hurricane itself, Florida is dealing with the worst of the floods. Much of central Florida is still flooded, with flood warnings stretching from Cape Coral to Orlando. Though federal and state agencies are working hard to help, the devastation in Florida is only getting worse.

Richmond Missed the Worst of the Hurricane

Richmond is far enough inland that it did not receive much of the brunt of Ian’s wrath. While coastal areas like Norfolk have dealt with flooding and intense winds, Richmond only got a bit of rain. Some people actually welcomed the rain, as Richmond had been in a drought before the hurricane.

This doesn’t mean that Richmond residents should celebrate Ian, however. Beyond just the human devastation in Florida and other parts of the eastern seaboard, Hurricane Ian will cause untold damage to the U.S. supply chain and economy. Richmonders will certainly feel those effects, if no others.