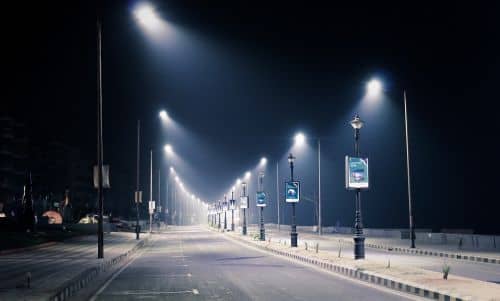 RICHMOND, Va. (AP) —  Governor Northam has opted to install over 10,000 new LED lights for highway roads. The goal is to cut down on energy consumption and decrease budget spending for state roads and highways.

On Wednesday 12/18/19 Northan announced a contract plan with Trane. This would ensure that 9,600 of Virginia’s street lights will be replaced with longer-lasting, brighter, and energy-efficient lights.

Another goal for the state of Virginia is to increase the safety measurements of their roadways. Traditional street lights have a limited range of visibility. This has lead to countless traffic accidents for the state. The new plan will improve the visibility of all drivers and increase the standard of safety for highways.

The proposed budget plan will cost taxpayers approximately $4.6 million by the end of 2036.

Where the goal of the new plan is to increase traffic safety standards, many have pushed back stating that LED lights do no present a controlled color spectrum. The largest deterrent for the new program is that LED’s produce a “blue/white” light as opposed to traditional halogens which produce yellow or orange lighting.

According to the American Medical Association, LEDs can affect drivers negatively. Blue lights can cause a significant increase in glare. They can also affect the drivers’ melatonin, making them less cautious while driving. Other negative possibilities include the dispersion of enough light for plants and animals near roadways.

Governor Northam will Introduce a Bill to End the Death Penalty