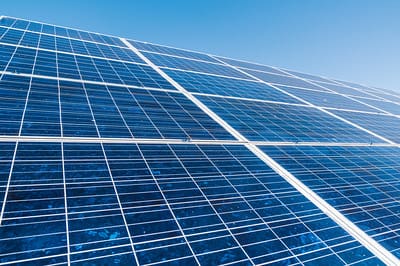 Biofuel has been an alternative fuel type for the world since the invention of the diesel engine. In fact, it was Rudolf Diesel that invented the use of soybean, peanut, and vegetable oil extractions as fuel for his engine. These uses have their benefits and drawbacks. As with the energy produced from electric-powered vehicles, the benefits can be staggering. Let’s take a look at how the world is changing.

The concept of biofuels was invented in 1893 by none other than Rudolf Diesel. Diesel (who invented one of the most widely used combustion engines today) found that mixing an appropriate quantity of both regular diesel fuel and vegetable oil produced astonishingly effective fuel consumption. This made great headways once the ’60s and ’70s rolled in. With the post-war industry of Europe underway, many consumers were looking at ways to save money in nations where the war had destroyed their economy.

Europe’s primary automotive engine is the diesel engine. Diesel has a typically better fuel mileage, thus making it slightly more expensive than regular gas. But, those engines are effectively way sturdier than regular gas engines. One of the biggest features that typical diesel engines have is an all-iron head gasket. These can typically take a much longer beating the typical engines and have been found to be more environmentally friendly.

The use of biofuels in cars like Volkswagon birthed the biodiesel revolution back in the ’70s. During that time many American hippies decided to take their traveling one mile further by converting the diesel engines to burn processed renewable oils. This would help spawn green “off-grid” living for many. Many found that they could raid restaurant oil deposits for free or next to nothing.

In places like Europe, they have been able to introduce biofuels as the standard for most car owners. Europe has taken amazing strides to cut down on the pollution that they create. One of their major overhauls was the incorporation of biofuels for all forms of traffic. Cars, trucks, buses, and even homes can be run from biofuel.

Biofuels are produced to help a multitude of different industries in America. For starters, the massive trucking industry is one of the largest consumers of biodiesel. Farmers from the midwest have started to provide effective solutions for the emissions and pollution caused by the industry. With many utilizing their harvested byproduct, they have essentially cut down emissions by 20%. Thus, this helps to create a better standard of living.

The US military greatly utilized more effective energy consumption. When the US put troops in the middle east post 9-11, they ran into an energy crisis. Most fuel production from the countries has established exports to the US. When this happened, exports slowed down. The US decided to cut down on the reliance on fossil fuels for the military and opted for more practical and beneficial methods in order to cut down on fuel costs.

Electric History has its roots in various timelines in automotive history. It has its footing in the early 1900s but once Ford developed the Model T for everyone to own, the fossil fuel industry got their hands on it first. This had prevented the electric side of the industry to grow and develop. These early steps from the fossil fuel industry put a cap on the development of more effective uses of energy.

Tesla Brings it Back

With the invention of the Tesla model of cars, brought about a revolution for the automotive industry. No longer were people a slave to the fuel pump, but they can enjoy a more environmentally impactful and cost-reducing vehicle.

Electric within its infancy stages has already surpassed the abilities of biofuel. The major reason consists of the energy output of electricity instead of byproducts of vegetables and other various means. Even every automaker has plans of their own version of electric vehicles for the 2020 year.

With 300 miles being the standard in distance an electric car can use, the days of scrubbing through a restaurant oil trap for fuel are over. Now one can simply drive to a supercharging station and charge their battery by plugging it in. Each charging station is powered by a solar panel so the idea of running out of power or fuel will soon be over.