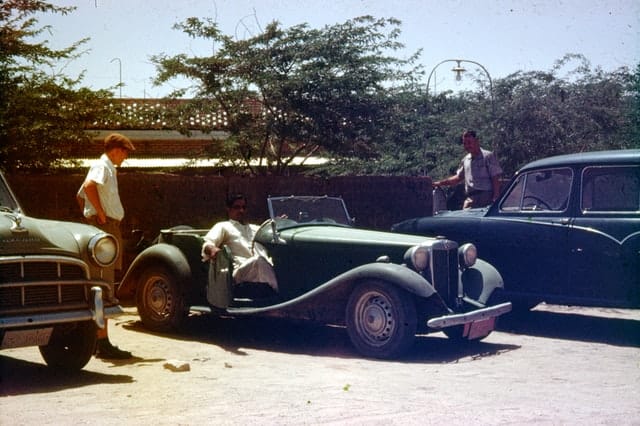 Ben Kahan, the creator of the YouTube channel Four Speed Films, is highlighting the worth in classic cars.

If you grew up in the age of stock-car racing on the beach, wouldn’t you be passionate about preserving history? What about when eating in your Cadillac was cooler than Sonic Drive-Ins commercials? Or seeing the smoke peel your wheels silly as you’d pull donuts with a Trans Am?

Kahan feels similarly about this passion, as he grew up in a family of gear-heads. His father had a 1932 Ford, his grandfather a 1924 Model T coupe and his great uncle being the creator of the first rat rod from a 1932 Ford roadster, still operating today.

This passion has gone from cruising and reusing to filming and interviewing all the heavy-hitters of the hot rod scene, as part of his own creation; Four Speed Films, based out of Burbank, California.

Here, we’ll highlight the videos that popped out most from his channel.

Robert Williams and the “Rat Rod”

Certainly, this was a dedication to the same spirit of ingenuity that Kahan was raised with when driving around with his family. Williams, featured in this mini-doc from Four Speed, talks about the challenges he overcame in his storied career. Williams is also an illustrator, well-known in the art world for his usage of psychadelia.

An East Coast tradition of classic beach racing, the Race of Gentlemen was an opportunity for Kahan to see the origins of classic racing. The merit of such racers was perfectly exemplified by the way they all saw owning a classic car as an ability to compete. Not to just show off. To maintain and love. As a classic car owner should.

It’s one thing to be an enthusiast, a totally other thing to be an actual expert. And what’s noticeable about Kahan is that he’s willing to put in the work to make the automobiles in his life worthwhile enough to own and operate. At least, according to a devilish desire to race on the streets. Such expertise is sought after and even more rarely kept in tact. Good for you, Ben!

To check out more of Ben’s work, visit his channel Four Speed Films.

The Latest Audi Has Augmented Reality Heads Up Display – NEATO!