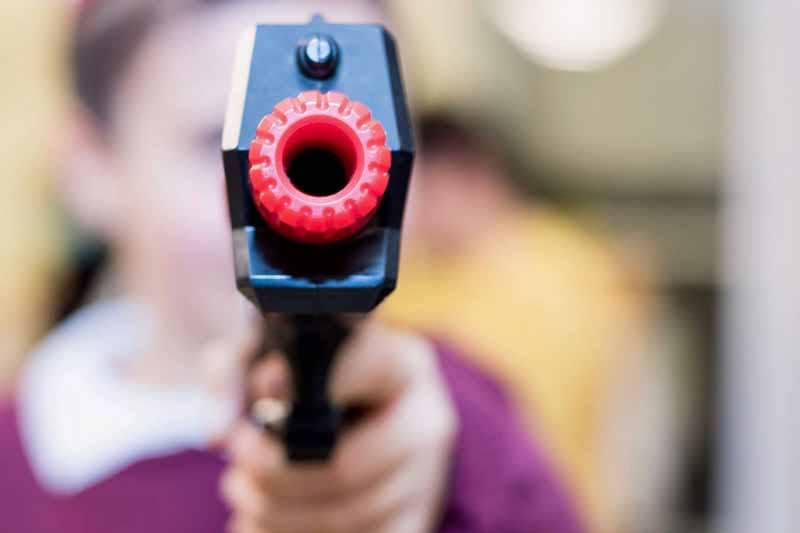 Pediatricians and police are teaming up at the Children’s Hospital in Southeastern state for a ‘Day of Action.’ This would be to address what is a troubling trend: children getting shot.

Firearms are the leading cause of injury-related pediatric deaths in Virginia. It is according to the Trauma Center Director of the Children’s Hospital. In fact, there are 4.6 million children across the country that now live in homes that have unlocked and loaded firearms. This is according to the American Academy of Pediatrics.

The healthcare workers at the Children’s Hospital of Richmond and across the country have seen the tragic consequences. This is when accidents do occur and the triggers get pulling.

“I just remember feeling like another injury was coming in every week or so when I was working in the emergency department. In fact, that was really striking to me,” said Dr. Hannah Hollon. She is the Pediatric Resident at the Children’s Hospital of Richmond. “Moreover, I started to do a little bit more digging and then realized this was a huge problem.”

Hollon has teamed up with other residents and VCU police to distribute hundreds of gun locks in their resident clinic. This has occurred since 2019.

Then on Wednesday, they have taken a step further.

Then residents have set up a table in the Children’s Pavilion with Safe Kids at the Children’s Hospital of Richmond. There Mom’s Demand Action and VCU Police do hand out locks and want to educate anyone, who may, in fact, pass by about the importance of safe firearms storage.

Yet they hoped their message would reach beyond that.

“Probably in the last four or five years, there are many children who are unintentionally getting their hands on firearms. Then they shoot themselves or someone else whose numbers have, in fact, increased,” said Corri Miller-Hobbs, Pediatric Injury Prevention Outreach and Education Coordinator at the Children’s Hospital of Richmond. “This is frightening and it really breaks our heart. In fact, we really do want to do all that we can.”

Adam’s Law: Why A Tribute To The Late Man Has Created Division