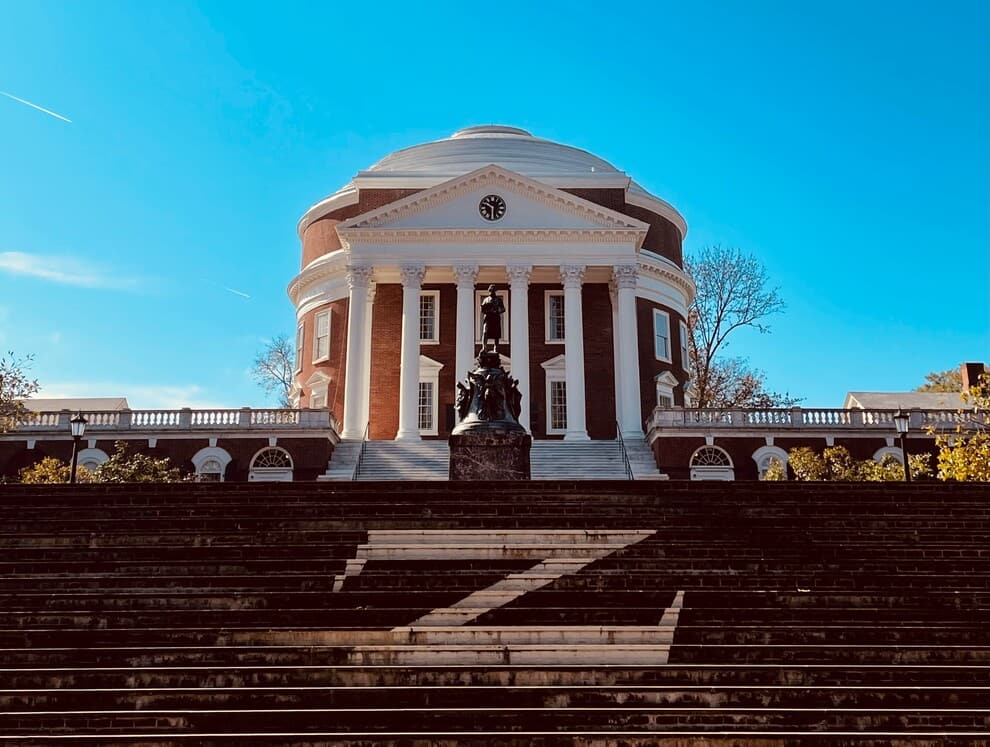 The shooting has left UVA's community in shock.

Tragedy struck on Sunday when a UVA student opened fire on a bus containing other members of the student body. The shooting took place when the bus returned to the UVA campus in Charlottesville after a field trip to Washington, DC. The students on the bus had all attended a play together earlier that day. Three young men were killed in the shooting; two more were injured.

The details of the shooting are distressing. The alleged shooter, Christopher Darnell Jones Jr., shot one victim, Devin Chandler, while he slept on the bus. He also killed Lavel Davis Jr. and D’Sean Perry in the shooting. All three who passed away were members of the UVA Cavaliers football team. In the wake of the shooting, the Cavaliers canceled their final home game of the season, which would have taken place on Saturday.

Jones, the alleged shooter, now faces three counts of second-degree murder and three counts of using a handgun during a felony. He’ll also face charges for the injuries he caused to the other two victims, one of whom is still in the hospital. Jones, 22, is a former UVA football player who was already a person of interest for the university. He had a misdemeanor concealed weapons charge on his record that UVA was investigating at the time of the shooting.

The Shooting at UVA Left the Community Reeling

As the shooter awaits trial, the UVA community is left looking for any answers about what happened. So far, authorities haven’t released any possible motive for the shooting. However, early reports claim that Jones was targeting specific people on the bus. He wasn’t just shooting randomly.

The university went into lockdown for twelve hours after the shooting as authorities searched for Jones. Monday and Tuesday’s classes were cancelled, and although the university will be back to operating as of Wednesday, any pre-Thanksgiving exams or projects have been postponed. The campus and its community will need some time to recover from this traumatic event.

Nationwide Award for Overall Business Climate is Won by Virginia